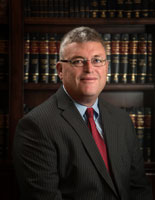 Areas of Concentration: Civil Litigation, Risk Assessment, Claims Avoidance, Bank Litigation, Construction Law and Contracts. Mr. Benjamin has handled numerous lawsuits on behalf of banks and services in both State and Federal court. Trials in all courts and tribunals and appellate work.

Mr. Benjamin was selected to the Legal Elite in the area of Construction Litigation in 2003; January 2004, Business North Carolina.

Mr. Benjamin was honored as one of the top lawyers in North Carolina in Legal Leaders North Carolina’s Top Rated Lawyers of 2013, published by the American Lawyer, Corporate Counsel, The Wall Street Journal, the National Law Journal and Law.com.

The Law Office of John T. Benjamin, Jr., P.A. was named AI’s Most Innovative Law Firm of 2016 in the USA.  Pinnacle Professional in North Carolina.

Mr. Benjamin has also received the highest Martindale rating available to practitioners in North Carolina of AV by the other lawyers in the state. Mr. Benjamin has given a talk at the University of North Carolina Law School on bank litigation with an emphasis on defenses available to banks under the applicable foreclosure statutes, usury and RESPA laws. He has also provided multiple training seminars to clients on risk avoidance and on ways to minimize litigation moving forward.

Featured in Attorney at Law Magazine